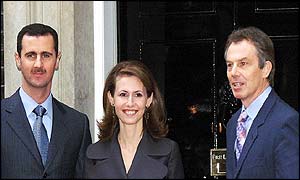 The British government licences the sale of weapons to dictatorial regimes around the world, whether it is assault rifles to Bahrain, fighter planes to Saudi Arabia or machine guns to Egypt. It is a lucrative business: last year’s military export value to the ruling royal family of Saudi Arabia alone was over £1.85bn.

The British government assures that it does not licence the sale of weapons where there is a clear risk of regional or internal conflict, or where repression might be facilitated. This begs the question as to what else a dictatorial regime is likely to do with state-of-the-art arms and surveillance equipment.

The cross-party Parliamentary Committee on Arms Exports Controls (CAEC) recently published a Scrutiny of Arms Exports report in which they question the government’s arms export policy. Noting, amongst other things, that the government cites Saudi Arabia as a “country of concern” and yet continues to eagerly approve sale of military equipment there, they say: “The government would do well to acknowledge that there is an inherent conflict between promoting arms exports to authoritarian regimes whilst strongly criticising their lack of human rights at the same time.”

The readiness to sell weapons and other tools of violent repression to dictators is revealing of governments’ true priorities. The British government, alongside the US, is currently aiding the Syrian rebel forces with so-called “non-lethal” support, whilst their Gulf allies, Saudi Arabia and Qatar, provide weapons. Foreign secretary William Hague has declared himself “appalled” by the barbaric acts of Bashir al-Assad, vowing that the culprits “should not delude themselves; we and our international partners will do everything we can to ensure that they will face justice.”

If successive British governments were truly appalled by human rights abuse, they would not authorise arms sales to known despots – such as Bashir al-Assad’s. As reported by the Sunday Herald in 2002, the British government was authorising the sale of chemicals suitable for creating chemical weapons to Assad’s Syria, along with 26 other countries that included Muammar Gaddafi’s Libya and the Saudi Arabian monarchy. The report quoted a Department of Trade and Industry spokesman as saying: 'We aim to minimise risk but obviously it is very difficult to say what happens to these things once they get to their final destinations. It is impossible to clamp down 100%. It is impossible to know what happens to them in the stages that come after they leave Britain.”

As revealed by the CAEC’s report, the British government currently still authorises the sale of hazardous chemicals to Syria, despite the current conflict. The Foreign and Commonwealth Office (FCO) responded by insisting that these sales only occurred when officials were “100% certain” that they were going to private companies for industrial use. Such certainty contradicts the Department of Trade and Industry’s 2002 comment.

The US and UK would have you believe that they are on the side of Human Rights, facing down the Tyranny of Bashir al-Assad, who is backed by Russia and China. This is a picture successfully created by zooming in on the Syrian conflict at the expense of the bigger picture. Zoom out, look at where weapons and funds came from in the past, and a different story emerges. The US and UK currently arm some of the most brutal dictators around the world. The UK has supplied hazardous chemical material to Syria in the past. The US worked with Assad’s regime during Bush’s torture rendition project.

What is happening in Syria is horrific. However, the tragic reality is that the governments of this world act on the world stage in their own self-interest, far from real democratic control. This is evidenced most clearly by Western arms exports and selective warring. There is little we can do to influence Russia and China, who are resisting Western hegemony. But, as UK or US citizens, fortunate to be living with some democratic influence, forcing our government to act humanely is something we can and must do – because no-one else will.